It was with tremendous excitement and years of waiting that I entered the movie theater today to see my favorite show up on the screen for the first time.

Overall, my position on this movie is right in the middle, leaning toward it being very good. But it isnt that Im indifferent: Rather, its that I absolutely loved about half of the film, and thought the other half could have been done better. The parts I loved and disliked were interspersed, though I felt that the first 30 minutes or so were more consistent than the rest.

There are a few reasons for my ambivalence, and they go hand in hand. For example, the vast majority of the movie was filmed in close-ups of the characters. On the one hand, this created an incredible depth of character that I have never before seen in staged versions of Les Mis. I found myself knowing these characters in new and amazing ways, which is a tremendous achievement considering that Ive been listening to this show on loop since I was five. On the other hand, these frequent close-ups meant that the director didnt really take advantage of the sets much of the time, and the characters tended not to move around a lot, which sometimes came off as a little boring.

Another impression from all the close-ups is that there was a little too much weeping. I realize the irony of pointing out that the characters in a show called Les Miserables are too miserable, but nevertheless I wanted to see the characters smile once in awhile, if just for a moment. Something I teach my students is that one of the most beautiful things that an audience can see on stage or on screen is a person trying to smile through their tears – it shows that they are still fighting, and that they want to be happy, which makes us appreciate all the more the fact that they are so distraught.

Next, consider the live performances (for those of you who dont know, Les Mis is the first musical movie in which all performances were recorded live on set). The benefit of this is that it made for an unprecedented level of believability (Anne Hathaway in particular took the gold for a breathtakingly vulnerable performance – see below). 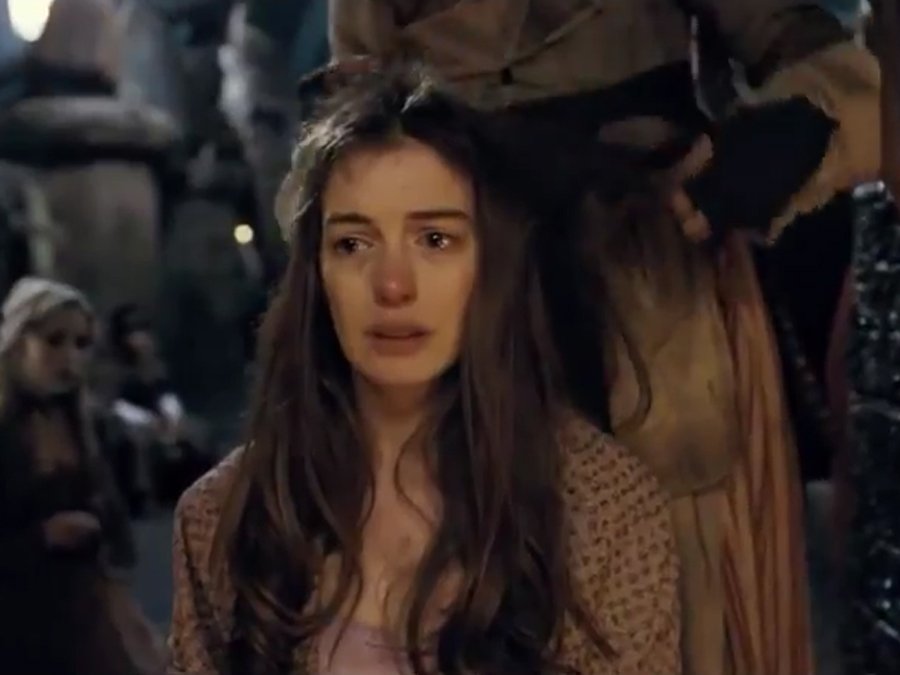 The negative consequence of live singing, however, is that much of the singing was not its best. This was probably unavoidable, though  as someone who has sung Les Mis countless times, I know firsthand that it is an incredibly challenging score to sing, let alone to sing any given song the 100-times-in-a-row that is necessary for a professional film shoot.

I dont want to say anything negative about specific actors, but the consequences of live performance included:

1) Overuse of vibrato (in some actors)

2) Underuse of vibrato (in others)

All in all, however, I think that the positive outweighed the negative. Les Mis has always held a very special place in my heart, but I dont think that its ever been as real for me as it was today. So by all means, see this movie, and drop a comment about what you thought!

PS: For those of you wondering  Yes, it was extremely weird for me to hear One Day More and for it not to be about gluten-free food substitutes. Im thinking they should have used my lyrics instead  it would have made for an interesting plot twist : )