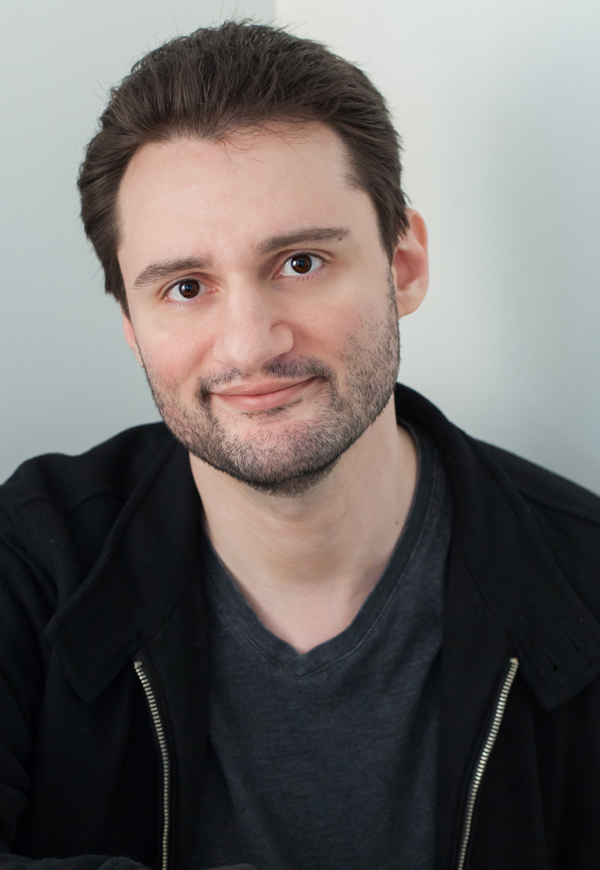 Michael Bihovksy is Philadelphia-based composer, performer, writer, and director. He is best known for the viral YouTube video “One Grain More”, a Les Misérables parody about food allergies written by Michael, in which he also plays the role of Jean Valjean. “One Grain More” won the “Best of Faux: Audience Award” and “Best Short” in the Faux Film Festival, and has been hailed as “The funniest nutrition video ever made!” and “…a must, must, must watch!” In 2020, Michael released an unofficial “One Grain More” sequel titled “Trapped Inside the House”, about the COVID-19 quarantine. The film won the award for “Best Musical Film” in The Faux Film Festival (Pandemic Edition), and pioneered innovations in the field of remote directing to comply with social distancing.

In June 2021, Michael directed and performed in “Paperweight”, an original music video capturing the COVID-19 experience through the lens of disability, and exploring a troubled relationship during the age of social distancing. So far, “Paperweight” has been awarded “Best Music Video” and “Best Covid Film” by the Only The Best International Film Awards, and has received the “Award of Merit” (for disability advocacy) and the “Award of Recognition” (for music videos) by the Best Shorts Competition. “Paperweight” has been featured in 12 film festivals around the world (reaching at least finalist or semi-finalist status in 11 of them), and was featured in a spotlight and interview by the leading theater publication Broadway World.

Michael grew up in the suburbs of Philadelphia, where he began performing and playing piano at a very young age. In the years since, Michael has brought his trademark style and energy to such productions as RENT (Mark Cohen), Tick, Tick…Boom! (Jon), 42nd Street (Billy Lawlor), Titanic (Bandmaster Wallace Hartley), and many others.

Michael has written the music, lyrics, and book for three musicals, including Fresh! (formerly The New Musical), a semi-autobiographical pop-rock musical which blends the craziness of the first-year college experience with the challenges of overcoming physical and emotional adversity. In 2010, Fresh! was selected as a finalist in the “Scene It! New York” competition, and presented Off-Broadway with Michael playing the role of himself (Michael). Michael’s other musicals include Eclipse, Safe in Sound and Senses (a new musical about neuroplasticity and mental health still in creation). Michael is also the composer for “Blogologues,” a New York City comedy show rated by CBS New York as one of “The 5 Best Things To Do In NYC Tonight,” a “Weekend Pick” on NPR, and “The Best Indie Comedy in NYC” in The Village Voice‘s weekly series. Michael composed the score for the comedy web series “2 Girls 1 Show,” which streams on Elizabeth Banks’ website WhoHaHa.com, and which was nominated as a finalist in 2017’s New York Television Festival and truTV. His original compositions have been commissioned from around the world, including a performance at Philadelphia’s Kimmel Center for the Performing Arts.

Michael is also a dramatic and comedic playwright and screenwriter, and is a proud member of the Dramatists Guild. His most recent play, Without End, documents a uniquely spiritual and loving journey shared by a grandson and his grandparents. The play premiered as a staged reading in December 2014 at the Seller Theatre (home of the Jewish Repertory Company of Western NY) in Buffalo, NY, as the closing event of the JCC Book and Arts Fair.

On screen, Michael has appeared in a number of acclaimed film projects, including the title role in “Megillas Lester”, a feature-length animation about a boy’s misadventures on the Jewish holiday of Purim. Michael also starred “The Concert Guys,” a comedy sketch co-written by Michael which aired at Lincoln Center in 2010.

Michael is also a prominent health activist. In addition to the many health advocacy themes that have appeared in his artistic work, Michael is also a recurring contributor to the Stanford Medical Journal‘s SCOPE Project (see Advocacy and Activism). He has also directed and starred in a series of benefit concerts for Alex’s Lemonade Stand, a Philadelphia-based charity dedicated to helping cure childhood cancer, as well as for the Foundation for International Medical Relief of Children.

Michael is also a proud teacher of private voice, acting, and songwriting, and has also taught group courses in musical theater and songwriting at the Willson Vocal Academy.

Hello! I had to close my teaching studio down due to the quarantine (and will probably be stuck that way for a long time, as I have a higher risk of serious infection). If you have the means, I would be so grateful if you would make a donation. 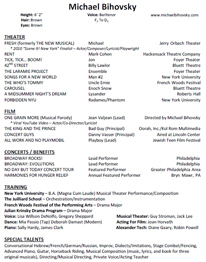 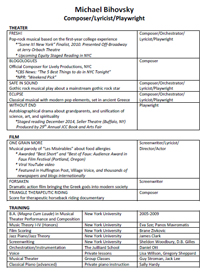 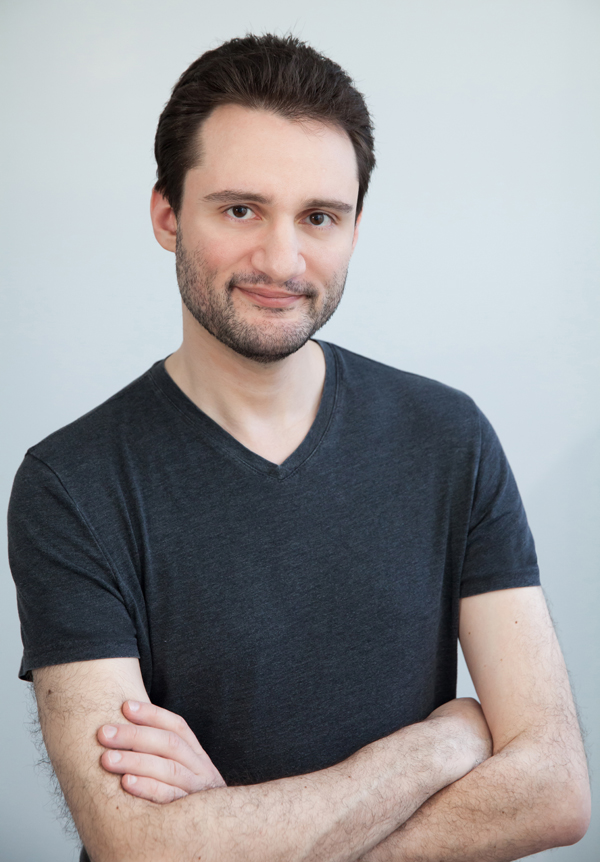