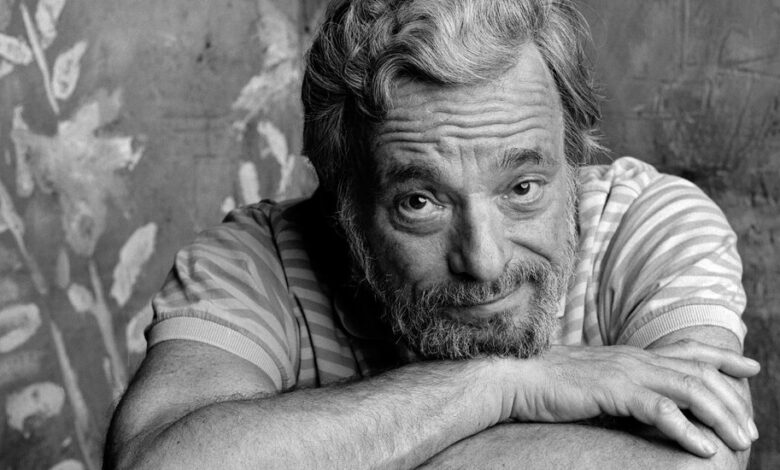 I am just another heartbroken musical theater man adding his voice to a chorus of tributes, grief, and love. But if ever a cacophony of sound resolving into something poignant and beautiful was appropriate throughout the musical theater community, it is to lament the death – and honor the life and works – of Stephen Sondheim.

Other than binging on West Side Story” when I was a kid, it took me a while to come around to Sondheim. I would listen to an album, and every show was so musically unique (and yet so clearly and identifiably Sondheim) that I wouldn’t always get what he was trying to do. But every time, I would then see the show in person, and be absolutely stunned by it. After that, so many of those albums and scores became like dear friends, keeping me company in good and bad times, and challenging my own musical development in powerful ways.

Sondheim’s lyrics were positively masterful (he literally wrote the book on writing lyrics for musical theater). His lyrics were just… perfect. Each word, each syllable, chosen with such intention to create an incredible blend of poetry and cleverness that is so deeply satisfying at every turn. Jonathan Larson (creator of RENT) referred to him as “my guru of the Musical Theater” – a title and role with which Sondheim was most generous, truly believing in Jonathan and offering him guidance and encouragement along the way.

He was a good man. A brilliant composer and lyricist – but by all accounts, a kind, thoughtful, and nurturing human being.

Since Jonathan Larson is the reason why I write musical theater, I’ve always thought of Sondheim as my “composition grandfather.” Because so many of the lessons I have learned from over two decades of studying every note and word that Jonathan ever wrote were lessons that he himself learned from Sondheim, and which Sondheim learned from Oscar Hammerstein, and back and back and back to whoever was the first person to put word and song together and throw it all onto the stage.

The legacy and vibrant tradition that is musical theater.

Today we lost perhaps the greatest part of that legacy. The man most directly responsible for everything that musical theater is today. I honor him for that.

Because here’s what I admired most about Sondheim. For most of Broadway’s history (and Vaudeville and operetta before that), musical theater was strictly limited to musical comedy. There were exceptions here and there, starting with “Showboat” and many of Rogers & Hammerstein’s shows. But generally speaking, people would go to musical theater solely for escapism, spectacle, and fun. Sondheim brought in that same audience; but when the show started, they would be staring not at a spectacle – but rather at a giant mirror. A mirror showing them the very things they were meaning to escape, reflecting the darker and harder parts of the human experience, and challenging the audience to see the struggles and minutiae of their own lives played out by the characters on stage. This is, I believe, the pinnacle achievement of any art: to provide not just distraction and fun (though those things are quite valuable, too), but Company (pun intended) and catharsis. And so we become not just better artists and fans – we become better and wiser people.

Stephen’s passing at the ripe age of 91 is not tragic. But it is still deeply sad. He lived a truly remarkable life, and has left a legacy that will exist forever. So here’s to a life well lived – “I’ll drink to that.”