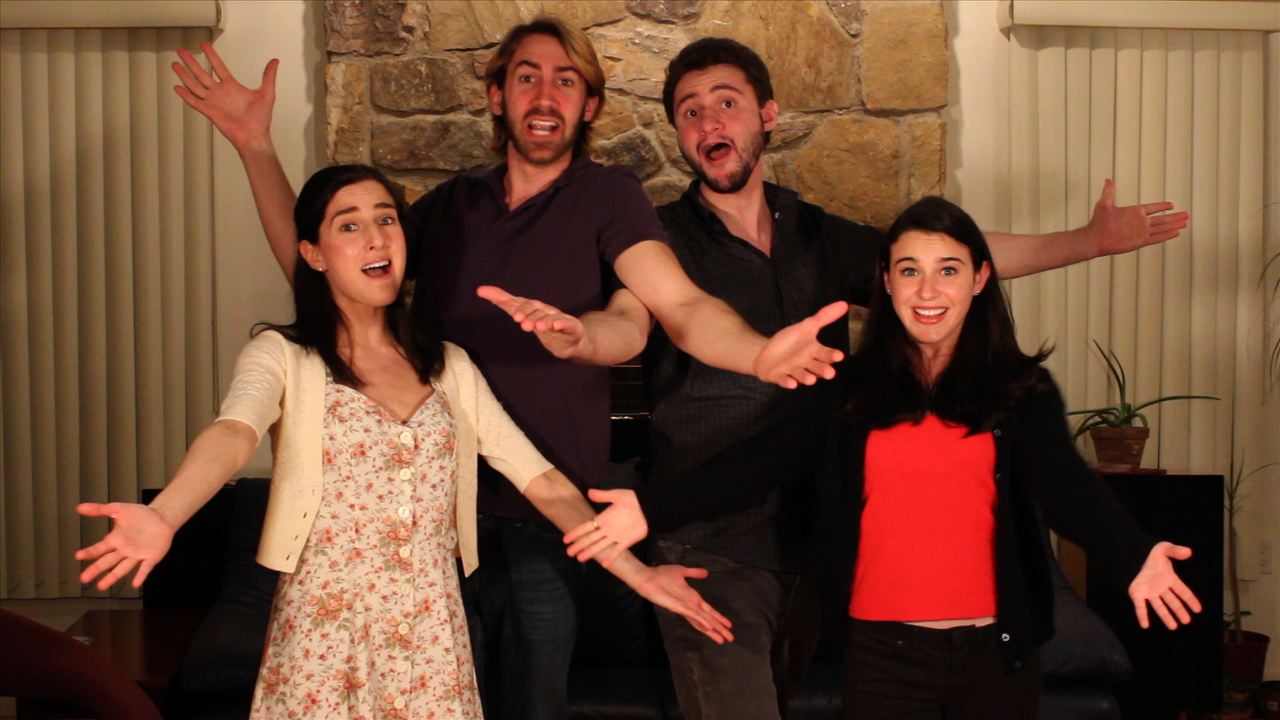 It’s hard to believe it’s been a full decade since I brought together my most talented friends and students to make a parody with an absolutely ridiculous premise (fun fact: Les Miz does not contain *one single song* about food allergies, despite their obvious connection to post-revolutionary French insurrections).

Since then, the video has won multiple awards, and was featured in hundreds of print and online publications, where it has been hailed as “The funniest nutrition video ever made!” and “…a must, must, must watch!”

I want to give a huge thank you to all the fans of this film. From the strangers who still approach me at Whole Foods to ask if I know how to milk an oat, to the company that mailed me spaghetti and meatballs in a bag (which may have actually been an assassination attempt by Big Gluten), to the dozens of people who have proposed to Megan and/or Lily via YouTube comment – you are all so deliciously weird and wonderful, and we love you (though I’ve been told the proposals are a hard pass).

And a special thanks to you, the friends and fans who have shared this video repeatedly and given us the opportunity to get this passion project onto the screens of well over half a million people. We are so grateful, and this video would never have been successful without you.

We hope you’ll celebrate with us by having another watch below – and if you want to share the video/this post, you won’t hear us complaining ;-)! We hope you get a few minutes of pure laughter – especially those of you with food allergies that have never been anything to you but a danger and a burden. I wanted you on the inside of the joke on this one – and I could not ask for better people to have there with me.

A few specific shoutouts: first, to Lily Bayrock, my brilliant co-director and dear friend, without whom not only would this video never have been made, but I would never have even had the lived experience needed to conceive it. You made every single shot of this video better with your direction and flawless performance, and your impeccable attention to detail always leaves me floored.

To Megan Ermilio (“The Dairy Chick,” according to the internet) and Michael J. DeFlorio – you were my voice and acting students when we made this. Words could never express how proud I am of you every time someone boasts about your performances (which is often). You are amazing performers, and true friends.

Thank you to Dena Blumenthal and Bernie Langer for filming and lighting this thing. Whenever someone tells me how blown away they are by how polished and Hollywood-level quality this video is, I tell them that is entirely thanks to you. And you did it all in two days, with one camera, two lights, and a partridge in a hypoallergenic pear tree.

Thank you to Matthew Dorsch and Elizabeth Filante Sanders, our production assistants, for all the quick set changes and blacking out the windows (sorry again about the damage to your house, Mom and Dad) and being our hands and eyes and ears when we were in front of the camera. We asked so much of you, and you did even more.

Thank you to my amazing mother, Anita Bihovsky, who overheard me singing impromptu Les Mis parody lyrics while baking gluten free cookies (spoiler alert: they sucked) and told me that, on this particular occasion, what I was singing was actually pretty funny, and I should go write out lyrics for the entire song. And thanks to my dad, Ron Bihovsky, who along with my mother took our (mostly) temporary destruction to their house and windows and roof pretty well, all things considered. We could never have made this video without your support.

I hope so much that you all enjoy watching or re-watching “One Grain More,” and be sure to check out its unofficial sequel about the 2020 Covid Quarantine, “Trapped Inside the House.

You can also find lots of fun behind-the-scenes material, including bloopers, Q&A, interviews and press coverage, at www.onegrainmore.com!