It all began on New Year’s Eve.

Mournful of the fact that I would be unable to enjoy any party desserts due to my recently discovered allergy to pretty much everything, I began baking myself some chocolate chip cookies made of neither wheat nor chocolate chips. I was listening to Les Misérables at the time, and as I tend to do, I was singing along, inserting some of my current activities into the lyrics of the song ”One Day More.” When I sang the part about “this never-ending road to gluten free,” I immediately cancelled my plans for the evening and started writing.

I did my best to include every major food allergy, and researched the various substitutes that are used in each case. Most of these substitutes range from disgusting to flat-out terrifying, and lend themselves to parody just as easily as the Les Mis characters that I decided to use and mock to tell this story.

A few hours later, I had finished my first draft of One Grain More (my mother actually came up with the title), and made my first call to Lily Bayrock, a multi-talented actress and director who had recently assistant-directed scenes from Fresh! in its Off-Broadway presentation. Lily has a number of food allergies herself, and was actually the person most responsible for leading me on the road to getting tested in the first place – so naturally, she was the first person I thought to call.

”I’ve written a new song,” I told her. “It’s a parody of Les Mis and food allergies, and you’re either going to think it’s brilliant or that it’s the dumbest idea I’ve ever had.” To my delight and partial shock, she took the former position (having several food allergies herself), and agreed to co-direct the project with me and play the role of Cosette.

I then went about casting the other two parts. I had directed Michael DeFlorio in a production of RENT the previous summer, and his powerful voice mixed with his charming silliness were perfect for the role of Marius. My final recruit was Megan Ermilio, a student of mine whom I had seen play Fantine in a production of Les Mis, and whose phenomenal belt and tremendous acting were a sure hit for the role of Eponine (whom Lily brilliantly decided should be named Epipen).

Unimpressed with the karaoke recordings available, I recorded an original backtrack. The four of us then recorded our vocals, and spent the next few weeks studying our own performances in order to re-create them in filming. (A lot of people have asked if we are lip-syncing in the film; the answer is yes and no. Yes in the sense that in a musical film, you almost always pre-record vocals ahead of time in order to preserve the quality of the soundtrack. No in the sense that the film contains our real pre-recorded voices, and during filming we were still singing at the top of our voices. Just ask our neighbors!)

We filmed “One Grain More” in two days across three different locations. The second day involved most of the night scenes, and required us to black out the entire house in order to make it look convincingly like evening. This was fun, as it was both a windy and rainy day and the tar-paper we had placed over the windows and skylights had no interest in remaining attached to the house. I also spent a lot of time on a ladder in the backyard with our two incredible production assistants, Matthew Dorsch and Liz Sanders, using a 15-foot pole saw to lift bedsheets over the skylights. Thanks to the wind, we had the opportunity to do this roughly every fifteen minutes.

We had already devised a detailed shot list ahead of time, and since we only had one camera to work with, Lily and I had gone through every shot one at a time to determine exactly which angle each shot would be filmed from. But the credit for the perfect clarity and beautiful framing and lighting of the shots really belongs to Dena Blumenthal and Bernie Langer, without whom ”One Grain More” would probably look extremely grainy (haha). Somehow (I think by magic), the two of them managed to make everything look phenomenal using only two portable lights. We also owe a lot of thanks to Matthew and Liz, who in addition to their manual labor kept a keen eye on continuity, and kept us singing at something resembling the right time.

Lily and I split the directing, working together on group shots or scenes with just Michael and Megan, and waving authority to the other in any shot where one of us was on camera so that we wouldn’t have to direct ourselves. Dena and Bernie would spend about 20 minutes setting up the lighting of each shot, and then coming up with creative ways to keep the lights from falling and burning the house down. Often this required one or two of us to hold the lights, Statue-of-Liberty-style; this meant that our hands were frequently burned, but at least the house was okay. One of the amazing things about the people involved in this production is that even though we each have our specific credits, every one of us shared each others’ responsibilities during the shoot. The directors held the lights; the lighting designer acted; the actors went up on ladders to block out the light; the camera operator/editor directed. Without that collaborative atmosphere, there is no way this project could have turned out the way it did.

All in all, ”One Grain More” is a wonderful example of what can be accomplished when you assemble a team of talented, passionate, funny people who love what they do and the work that they create. I am so proud of the ridiculous piece that we have created and the attention that it has been getting. I would also like to thank millet – I’m still not sure what it is, but if it hadn’t provided me with the opportunity to make gluten free cookies, none of this could have happened.

If you would like to acquire a “One Grain More” DVD, blooper reel, and/or a poster poster signed by the entire cast, check out the fundraising campaign for my original musical Fresh! 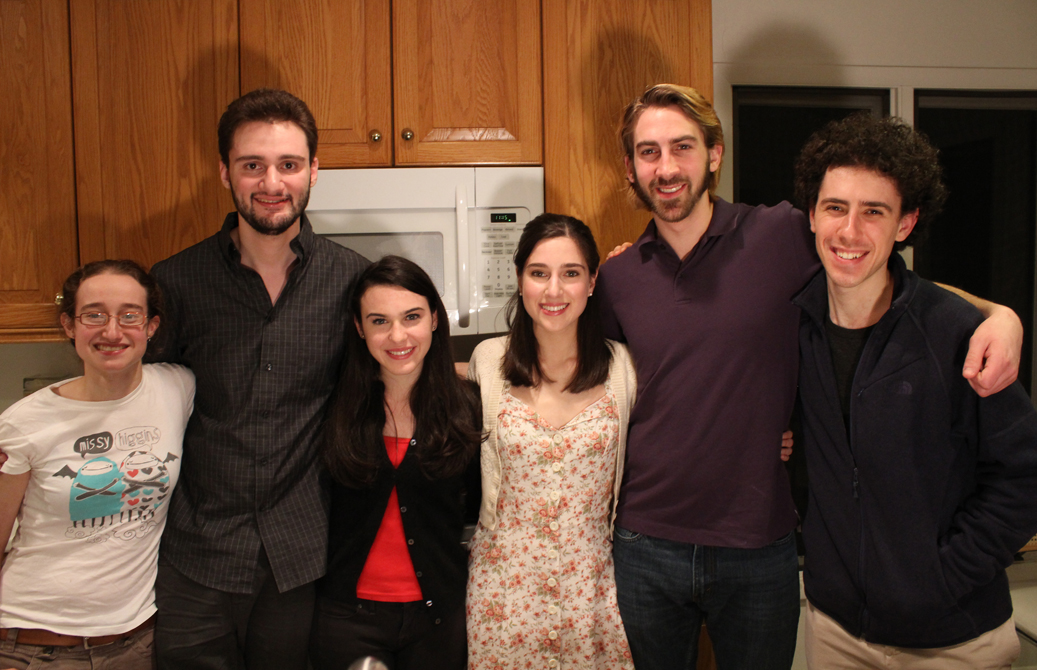